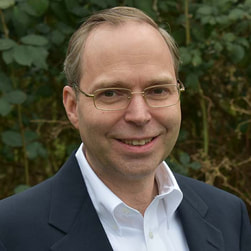 Robert K. MacEwen is Academic Dean and Associate Professor of New Testament Language and Literature at Tyndale Seminary, Amsterdam. He has played a central role in the current resurgence of interest in Matthew's use of Luke. His PhD dissertation was published as: Matthean Posteriority: An Exploration of Matthew’s Use of Mark and Luke as a Solution to the Synoptic Problem, LNTS 501; London: Bloomsbury T&T Clark, 2015.

"During my PhD program at Dallas Seminary in the 2000s, I took a course on the Synoptic Problem taught by Harold Hoehner. Dr. Hoehner was a proponent of the Two Gospel Hypothesis and had been a personal friend of William Farmer, who had also taught in Dallas, at Perkins School of Theology in Southern Methodist University. I began Hoehner’s course favoring the Two Document Hypothesis, but the required readings showed me that there were reasons to question Q. I then started to wonder why it seemed that everyone who disbelieved in Q concluded that Luke must have used Matthew as a source. Why not the reverse? Then I came across the article by Ronald V. Huggins, “Matthean Posteriority: A Preliminary Proposal” (NovT 34 [1992], 1-22). I found it intriguing and persuasive."

J Andrew Doole reviewed Rob's book in RBL:​
In New Testament gospel studies, of course, the 2DH remains the democratically elected head of state. The leader of the opposition has recently been a post held securely by the FH, and it is refreshing to have a new case for a peripheral candidate. MacEwen almost always comes down against the 2GH, whose position becomes all the more untenable. His criticism of his main rival, the FH, proves successful in many regards and should be taken seriously by anyone considering Lukan familiarity with the Gospel of Matthew. At times one wonders if the arguments against the established 2DH are directed too specifically to the International Q Project and the idea of a reconstruction of Q. Nevertheless, MacEwen is surely correct in concluding, following a desideratum of an MPH commentary on the Gospel of Matthew, that the theory of Matthew’s familiarity with Luke “is worthy of more consideration than scholars have usually given it” (196). He has certainly convinced me.