Hendry Ongkowidjojo: 'How I came to suspect that Matthew used Luke' 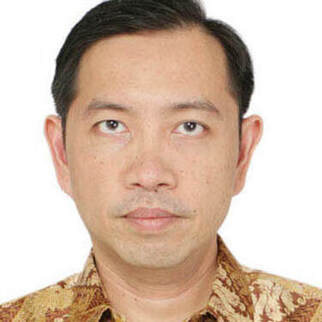 Hendry Ongkowidjojo is a senior pastor at G.K.A. Elyon, Surabaya, and a New Testament lecturer at STT Reformed-Injili International, Jakarta. He first became interested in the possibility of Matthew using Mark and Luke, while working on a proposal for his dissertation at Trinity Theological College, Singapore (completed in 2017).

“Before applying to the doctoral program, the area of ​​New Testament that I studied was Paul. My thesis at Trinity Evangelical Divinity School, Illinois, deals with the History of the Interpretation of Romans 9. In fact, initially I planned to do a dissertation on Paul use of Isaiah.

Everything changed when I read John Kloppenborg's, Excavating Q. I became interested in the Synoptic Problem for the very first time. Previously, Robert Stein's The Synoptic Problem had convinced me that Q was the best explanation to the Synoptic Problem. Since then I had never questioned Q, and had even promoted Q to the students I teach. But after I read Kloppenborg, who is actually one of the main proponents of Q, it dawned on me that things weren't that simple.

My interest in these issues was strengthened by dozens of years of experience serving in Indonesia. As a servant of God living in the largest Muslim country in the world, I often receive questions about Christ and his history. And the differences found in the Synoptic Gospels are often used as ammunition to question Christianity. Kloppenborg's book therefore made me want to understand more about the relationship between the Synoptic Gospels.

As I prepared my research proposal I became aware that the possibility of Matthew using Mark and Luke was barely mentioned in the literature. I read a lot about Q, Farrer, Griesbach, and even other much more complicated theories, but very rarely did anyone even mention, let alone propose, that Matthew might have used Mark and Luke. As a novice, I wondered if this was because the experts all knew a reason why Matthew could not have used Mark and Luke that was so obvious that no further discussion as needed.

But then I discovered that, towards the end of his career, Martin Hengel proposed that Matthew used Luke. This was interesting to me. On the one hand, if Hengel supported this theory, why was it not more popular? On the other, surely Hengel would not have gone against the grain without good reason. Furthermore, given the impasse in the debate between Q and Farrer supporters, it seemed sensible to study the only "simple" possibility that had been overlooked - the idea that Matthew used Mark and Luke.

The more I study, the more I see the explanatory power of the Matthean Posteriority Hypothesis (MPH). I find that it is particularly helpful in understanding and applying Matthew's Gospel, both academically and pastorally.

More recently, I was overjoyed to discover that there are now many more New Testament scholars who hold the MPH. I do believe that reading Matthew's Gospel with the perspective that Matthew knows Luke and Mark is very promising in both solving the Synoptic Problem and in helping us to understand and apply Matthew's Gospel.”