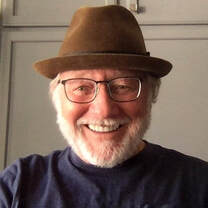 Evan Powell is the creator of the $1,000 Challenge to Bart Ehrman. He has published two books relevant to this discussion: The Unfinished Gospel: Notes on the Quest for the Historical Jesus. (Symposium, 1994) and The Myth of the Lost Gospel. (Symposium, 2006). His further work is available on his website.

"When I first encountered the Synoptic Problem, the leading Two-Document Hypothesis appeared to rest on two highly improbable contentions, (1) that a document of faith as ostensibly influential as Q had simply evaporated without a trace from the historical record, and (2) that the later of Matthew or Luke had somehow remained unaware that another gospel of similar scope and content had already been published. To sustain such intuitively improbable premises one would need to demonstrate conclusively that both Matthew and Luke had no awareness of the other. In exploring the arguments favoring Q and the 2DH, it became apparent that the discussion was entirely focused on Luke’s unlikely use of Matthew, while there was a palpable silence on Matthew’s possible awareness of Luke. Moreover, every argument used to show that Luke did not know Matthew did not operate in reverse. Thus I began to suspect that the Q theory was a house built upon sand, and that Matthew’s use of Luke might be a viable solution to the Synoptic Problem."