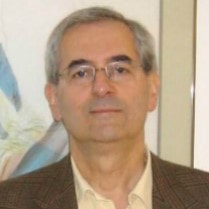 Edmondo Lupieri holds the John Cardinal Cody Endowed Chair at Loyola University Chicago. He is one of the earliest advocates of the case for Matthew's use of Luke, and is joint editor of the forthcoming, The Synoptic Problem 2022: Proceedings of the Loyola University Conference (Peeters, 2023).

"Why not Q? I remember vividly. I was at the University of Turin, Italy, working first as Assistant and then as Associate Professor of “Christian Origins”. It was the mid-Eighties. And, when I was offering courses centered on the Gospels, as I had been taught, I regularly explained the Synoptic Problem with the usual recourse to the Two Sources Hypothesis. Yes, we all knew it, there is no manuscript of Q, but the reconstruction is quite sure and then there is the Gospel of Thomas that proves that there were Gospels that contained almost only logia of Jesus and no Passion narrative. I remember writing with chalks on the blackboard for my students (no computers nor e-mails in those years) various parallel passages of Matthew and Luke, in columns, with arrows and lines to connect the contents…

My background was in Classical Philology: Greek Literature at the University of Pisa and at the Scuola Normale Superiore of the same city, where I had studied under the supervision of a then important Italian philologian, Graziano Arrighetti (1928-2017), a disciple of the great Giorgio Pasquali (1885-1952). I had wanted to become a papyrologist, and I studied indeed under Antonio Carlini (now emeritus) and Edda Bresciani (1930-2020). My first publication, while still a student, had been the critical edition of a literary Greek papyrus fragment, but already my dissertation (on pseudo-Athenagoras’s Treatise on the Resurrection) testifies to my interest in early Christianity and Patristics. After Pisa, I had moved to the University of Rome where, working and teaching with Manlio Simonetti (1926-2017), I matured my interest into the New Testament and what was then called Late Judaism and Early Christianity.

It was in Turin though, discussing the Patristic interpretation of the baptismal imagery in Mark with my new mentor Franco Bolgiani (1922-2012), that he suggested to me to start working on the figure of John the Baptist. That subject was going to keep me busy for the first decades of my academic life. And obliged me to take upfront the Synoptic Problem while trying to identify the earliest historical and literary traditions on John the Baptist.

I decided to consider the synoptic material on John the Baptist like a sort of a “gospel in the Gospels” and, by reading and re-reading it, I started thinking that the traditional explanation of the intrasynoptic relationship, based on the Two Sources Hypothesis, was not working in a satisfactorily way. Why a collection of Jesus logia should have contained logia of John and narrative sections on him? And why Q was more and more identical to Luke?

I began reflecting on the Synoptics as a whole. The explanations of the so-called “minor agreements” had never completely convinced me. The “Lukan lacuna” did not appear to be really such after all. And, if there was a Q, the Passion narrative had to be part of it – and therefore Q ought to be another complete gospel, of which no fragment was extant, and no mention was to be found in any Church Father or heresiologist. But both Luke and Matthew had had independent access to it: a quite peculiar phenomenon, from a strictly historical and literary point of view.

I will not repeat here what I have explained in two recent contributions of mine, presently under press,[1] but in those years, thanks also to the works of other scholars (and having verified that Carl Lachmann had not been a supporter of Q), I reached the conclusion that it is much more probable that whoever was in charge of the redaction of what is now the Gospel of Matthew had reworked the material of what is now the Gospel of Luke.[2] This is not to deny the existence of presynoptic traditions and sources (both oral and written, as Lk 1:1-4 explicitly states), but to stress that a) the very existence of one major written source identifiable as “Q” is an hypothesis that rests on a very slender reed and, especially, that b) it is not practically possible nor theoretically thinkable that its text can be reconstructed upon the agreement of Matthew and Luke, since their reciprocal independence cannot be proved."