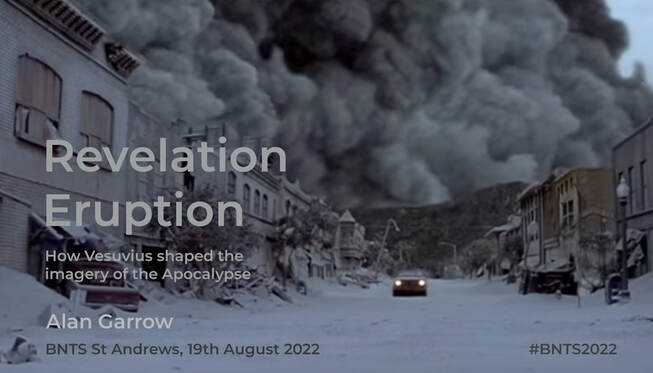 ​A column of smoke that ascends more than twenty miles into the sky, circling electric storms, earthquakes, cascading torrents of super-heated ash, hails of pumice, deafening eruptive roars, the withdrawal of the sea prior to a tsunami, the stench of sulphur, the blotting out of the sun and, as time goes by, the colouring of the moon are all phenomena familiar to anyone who has studied a Plinian volcanic eruption – so called because this rare and deadly type was first described by Pliny the Elder after the eruption of Vesuvius on 24th August 79CE. This set of phenomena, albeit more colourfully described, will also be recognised by anyone familiar with the book of Revelation. In the light of these parallels, this paper argues that the imagery of Revelation is richly and directly informed by recent reports of the eruption of Vesuvius. This has consequences not only for our understanding of the relationship between the visions of Revelation and the events of history but also for our estimate of the date at which Revelation was composed.
Photo used under Creative Commons from stusmith_uk